The tarp cover over my plastic storage shed observatory has held up well so far this year, even with some high winds. It keeps the snow off the octoganal area. To uncover the shed I fold the tarp back: 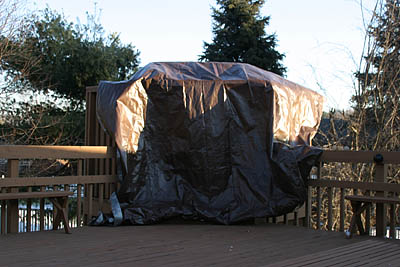 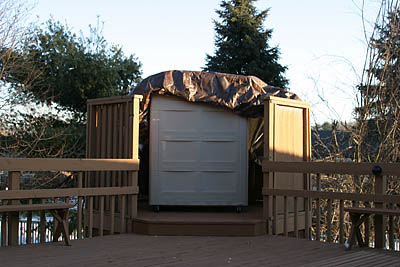 Here is the remote setup at the scope. I an usinng the SlingLink Pro ethernet over power line for the host to remote connection. I already had power to the scope so doing the scope to recroom connection with the SlinkLink was a simple add. 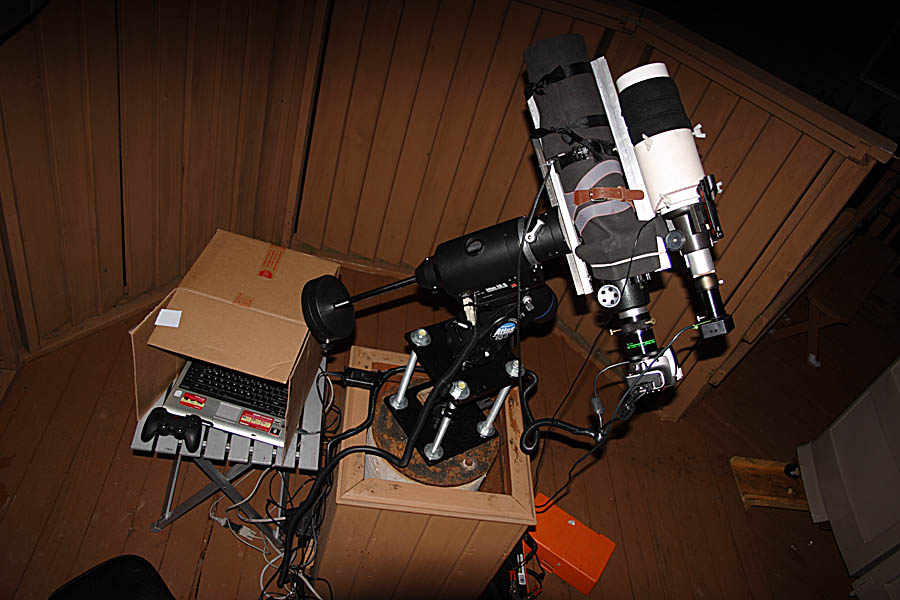 I controlled the imaging setup from my recroom and also had my notebook display on the 50 inch Plasma Screen. The screen is large enough that it can display all of the imaging programs I am running and still have room for a TV channel using Picture-in-Picture: 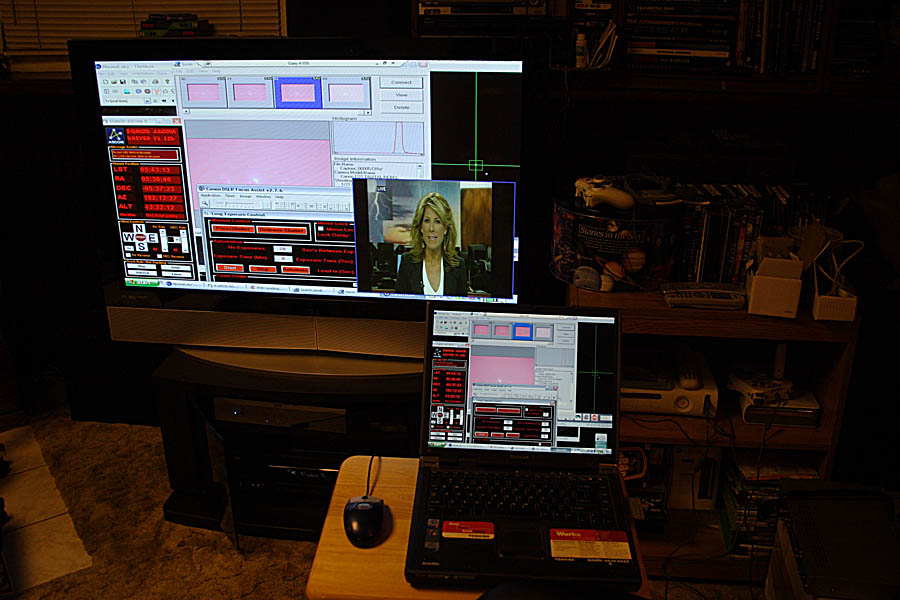 Since it was Full Moon, my first target with the ED80 and Televue .80X reducer was the Moon. I would not normally image the Moon using this setup which is used for deep sky imaging. Seeing was poor: 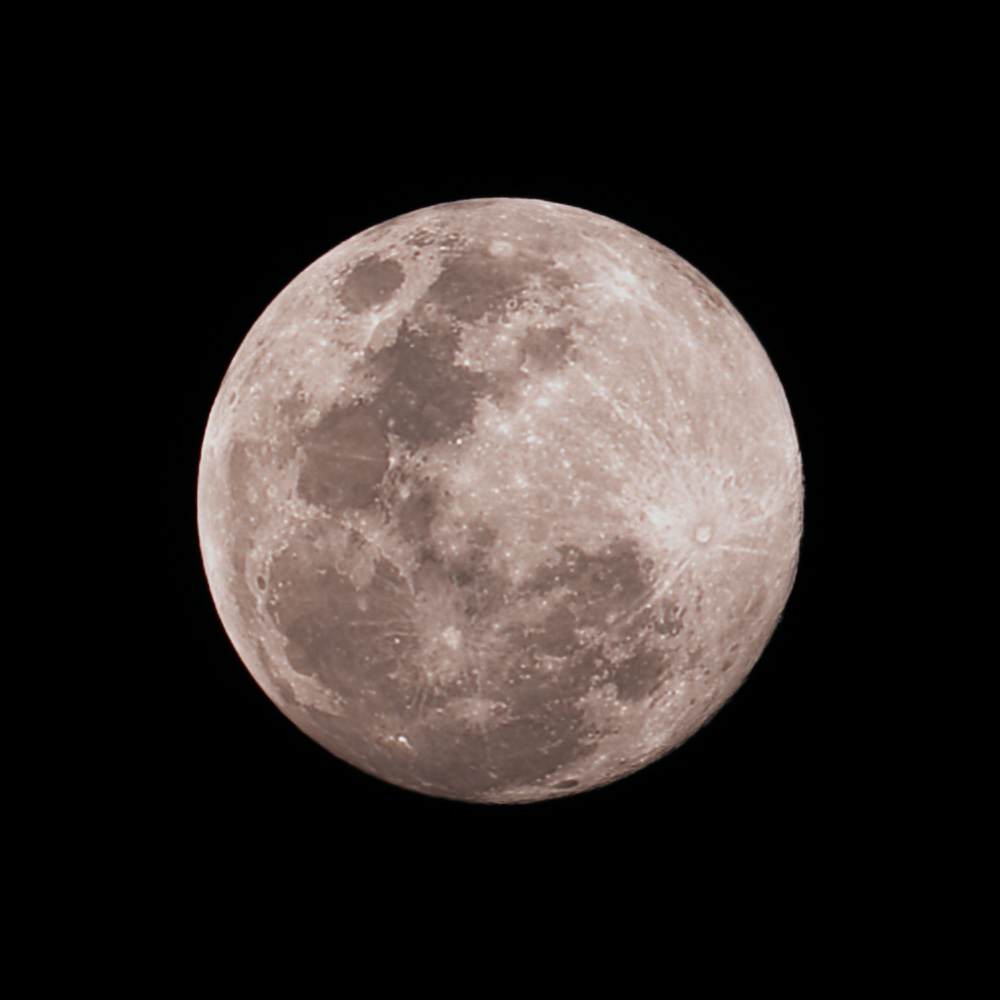 Next I slewed to M42. Many guide stars to chose from through the ST80. Kept exposures short (30 seconds) because of the bright moonlight. After calibration with flats, there were wide bands (rings) around M42, as can be seen in the image below that is a stack of 48 images. Banding could have been caused by the bright moonlight since I haven't had them before or since. 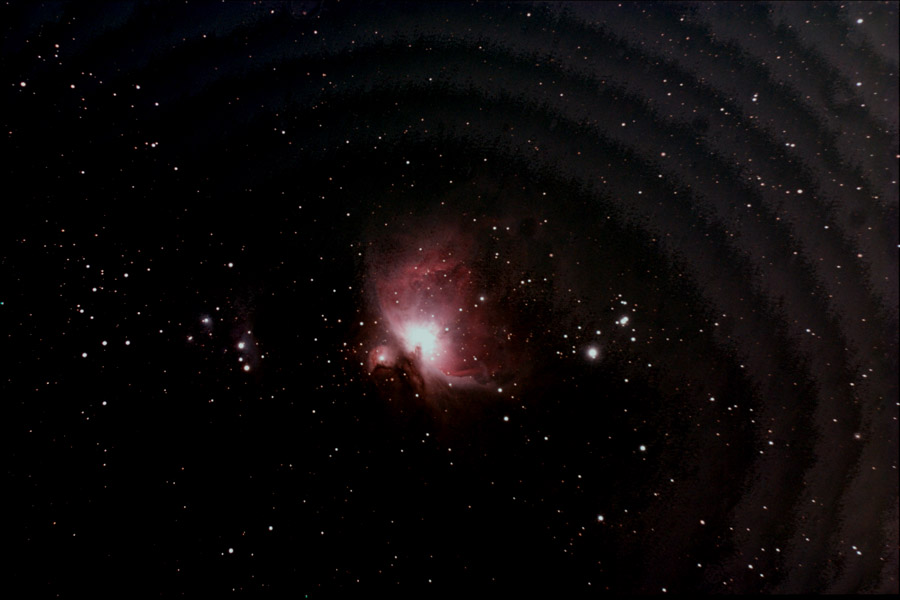