Below are some quick images of how I used a peltier device from a 12V beverage cooler ($25) and a metal coffee canister ($5) along with a styrofoam cooler ($3) to build a peltier cooling system for my modified Canon XSi (450D).

UPDATE: See latest Version III of the cooler that is smaller, lighter and cooler HERE. 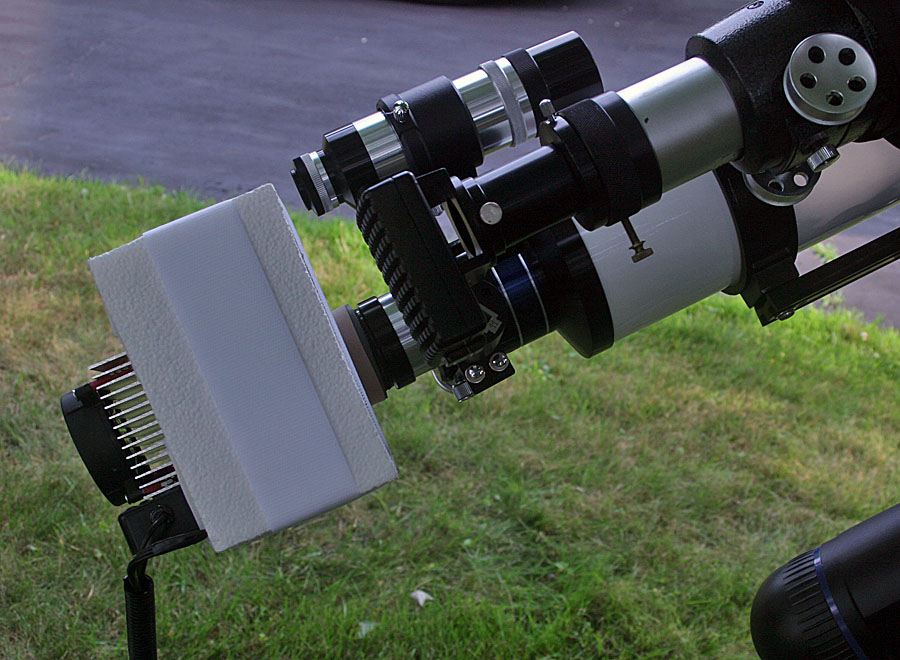 The following photos were taken during the assembly process: 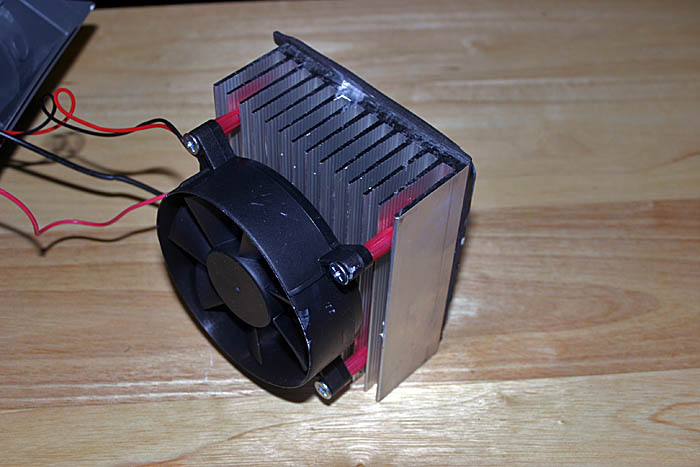 The cooler's on/off and cold/warm switch with LED lights was taken off cooler and mounted in a project box: 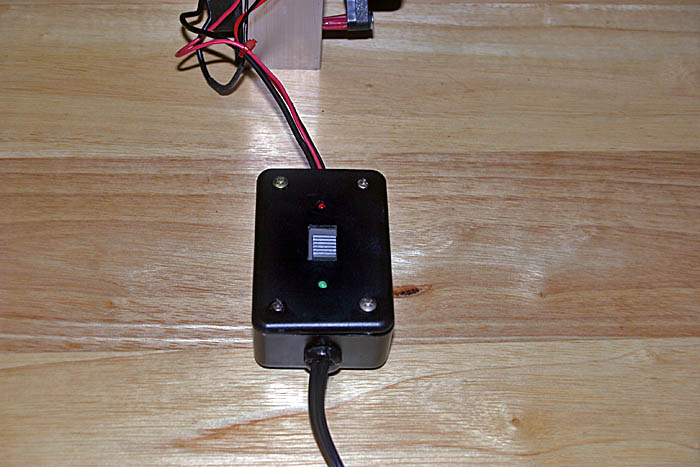 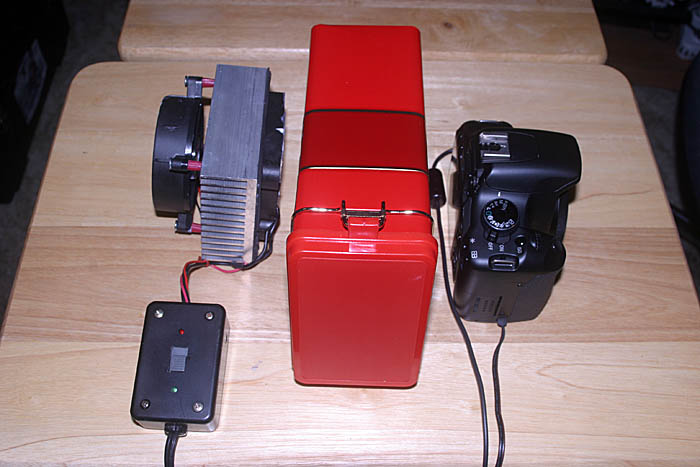 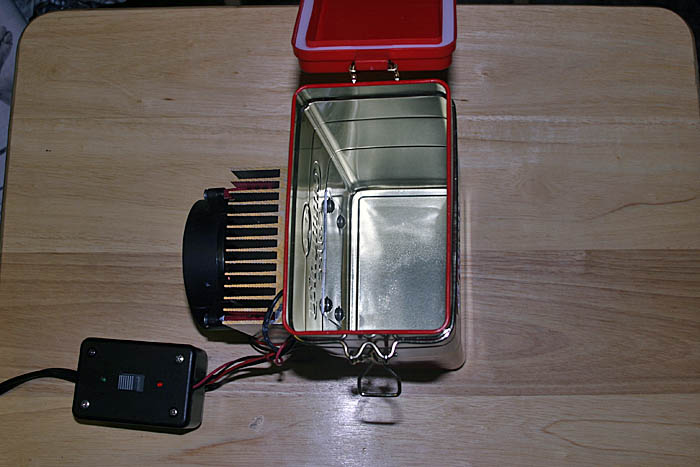 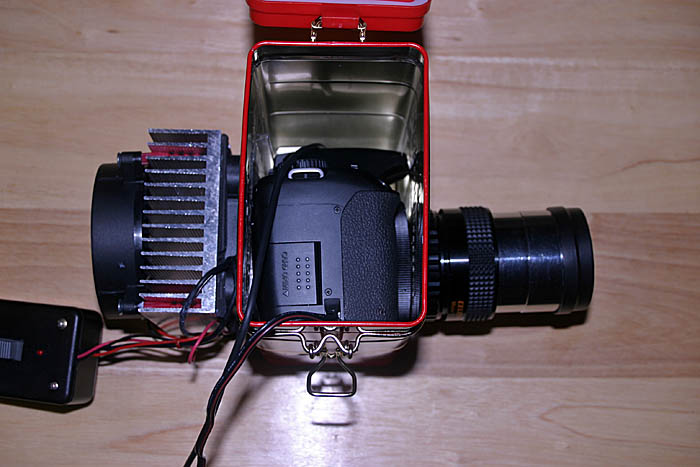 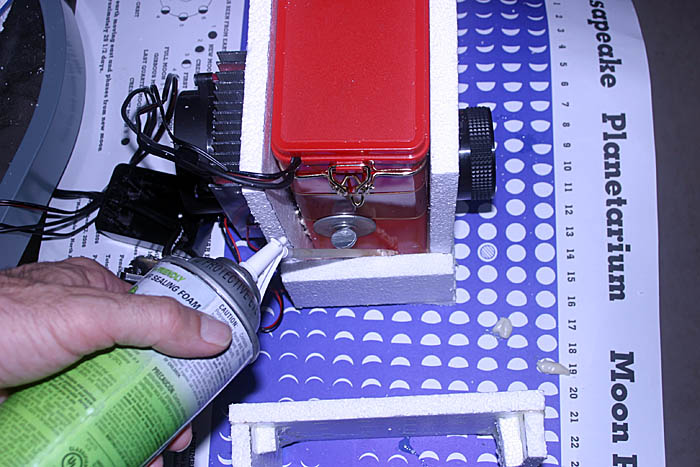 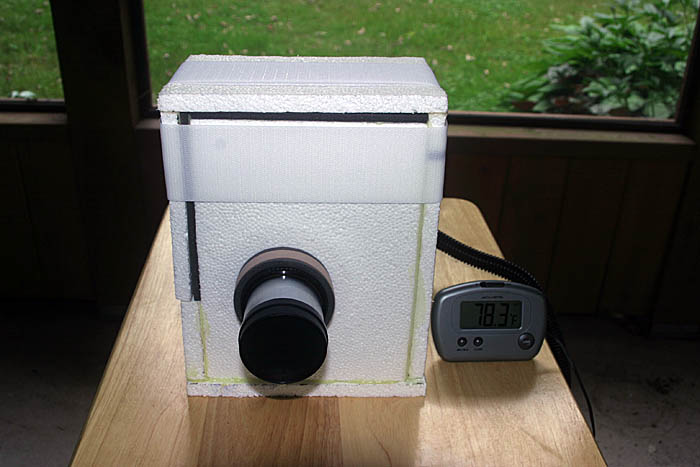 Side view of completed unit. Velcro straps hold the top piece on: 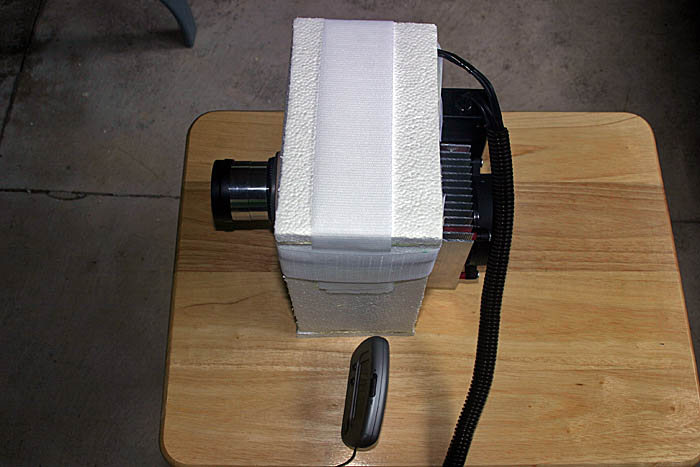 Images of cooler on scope: 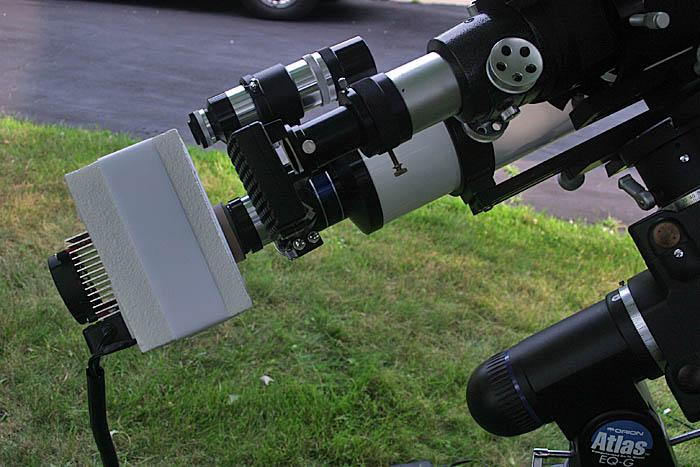 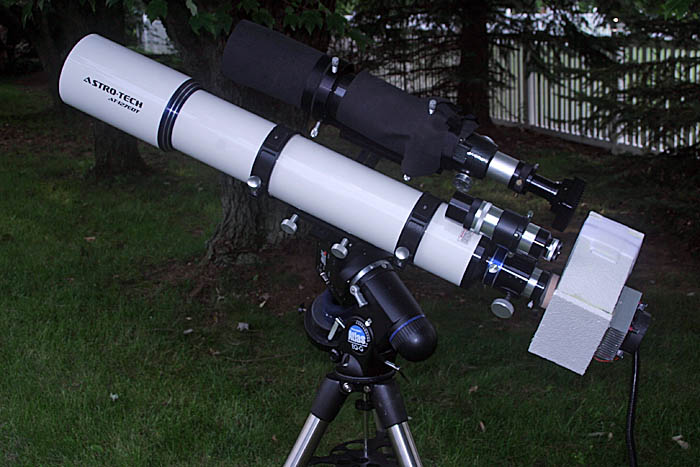 Before I disassembled the beverage cooler, I made a test of its cooling effect. I placed the Canon XSi inside the cooler and turned the peltier on while I took dark frames at ISO 1600 every five minutes and measured the air temperature inside the cooler. A plot of the 30 degree Fahrenheit temperature drop over time is shown in the chart below: 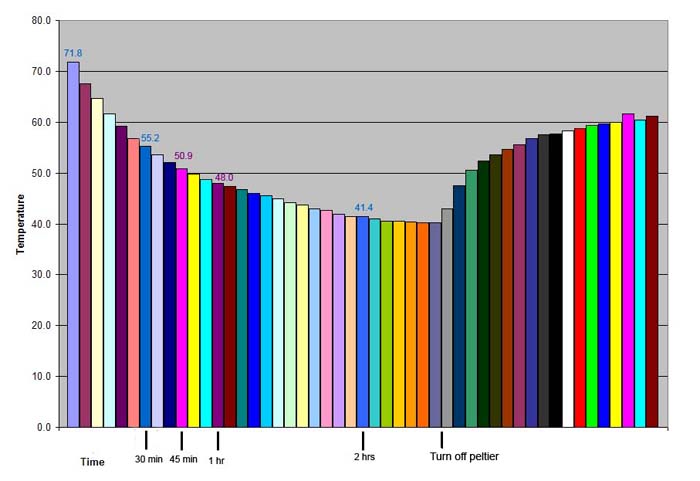 UPDATE: See latest Version III of the cooler that is smaller, lighter and cooler HERE. 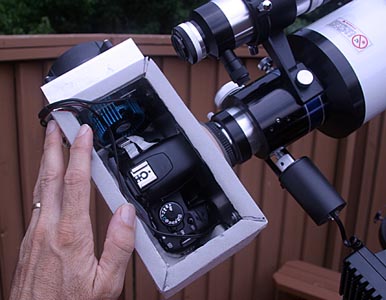